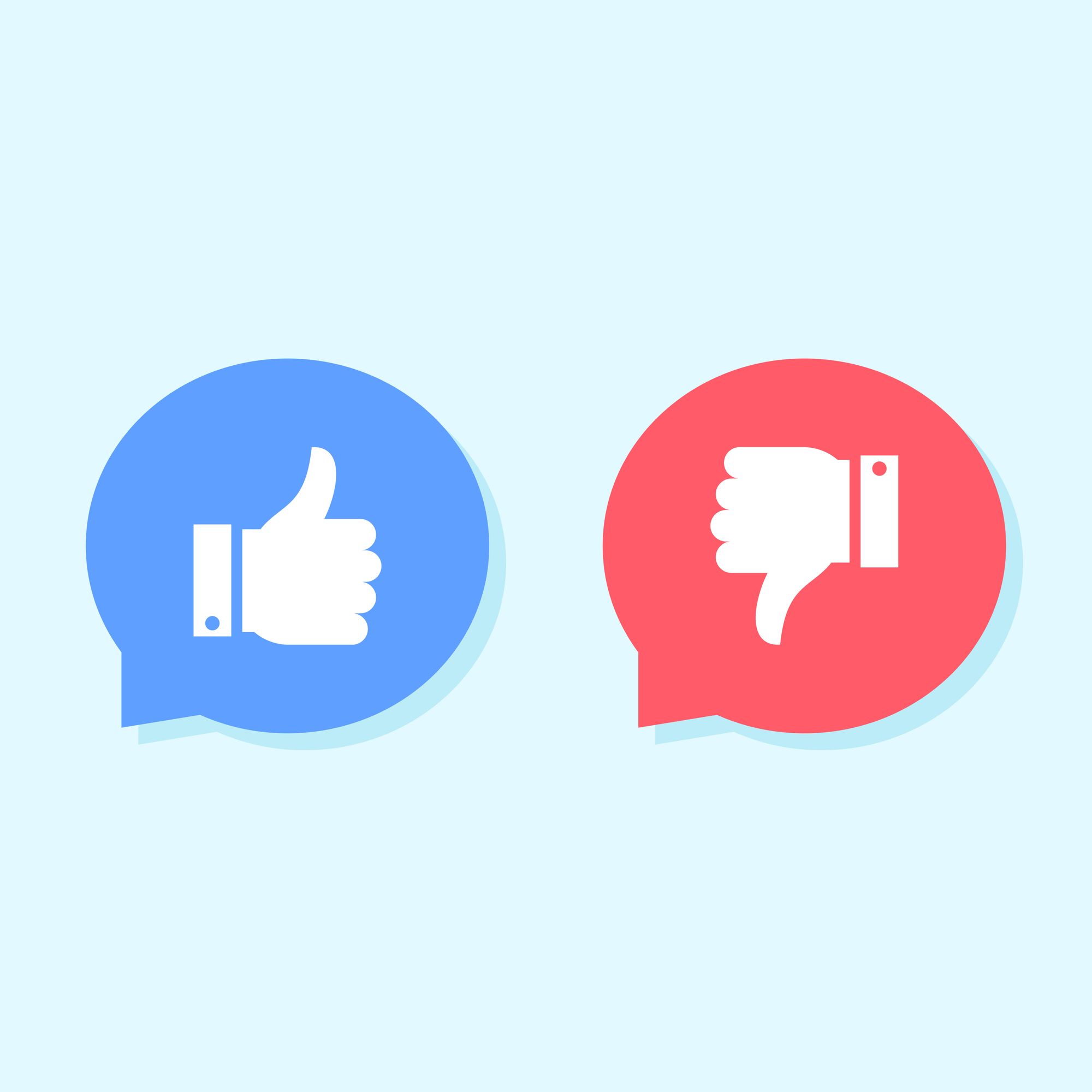 Create a culture of continuous feedback

Feedback is essential to improvement. It not only improves organizational processes, but is critical to our growth as people.

In this 3 part series, we look at the psychology of feedback, share a primer on how feedback should be given, and explore how companies are systemizing and embedding feedback to create a culture of open communication and transparency.

Part 1 - The Psychology of feedback

Feedback is sharing your non judgemental and factual observation of someone's behaviour in a situation and the impact of that behaviour on you or others. Feedback can be either praise or criticism as both forms of feedback are important to not only reinforce good behaviours but also course correct the bad ones.

Research shows that employees who received feedback from their managers or peers,

felt more respected by their supervisors and perceived greater opportunities for advancement within the organization which in turn, predicted better mood at work, greater job satisfaction, and stronger engagement.

Employees want to grow by reinforcing their strengths through praise and highlighting areas of weakness through criticisms. It is then up to the person to decide whether the area of weakness is critical to their growth and necessitates improvement. Not all weaknesses are equal but criticism is critical to shed light on them.

Praise and Criticism leverage different forms of psychology to initiate a change in someone's behaviour.

We are comfortable giving praise, understanding its role in motivating and encouraging others. Praise given publicly can positively reinforce behaviours and help employees see themselves in a more positive self image leading to: satisfaction, improved productivity, and greater emotional well being.

Praise is familiar to us because using rewards or positive reinforcement to incentivize someone  to do something is a common part of our upbringing. Physiologist Ivan Pavlov and Psychologist B.F. Skinner infamously showed that certain behaviours in animals could be reinforced through positive rewards or treats.This form of psychology has become pervasive in our society as we use pavlovian methods to reinforce behaviour in our children and sales teams alike.

Though praise, as a reward tactic, is important, its insufficient. Behaviour psychologists have shown that praise or reward based encouragement creates temporary motivation. People begin to perform work just for the reward and under undervalues the task itself. If the reward was removed, they would stop doing the task completely or worse, they would enter a transaction state of mind, always asking, "What's in it for me?". To truly build lasting engagement, we need employees to switch their mindset from extrinsic motivation to intrinsic motivation.

Psychologists Edward Deci and Richard Ryan have done four decades of research that prove humans are much more engaged in a task when they are intrinsically, motivated. Intrinsic motivation occurs when people sense the following:

Research has shown that engagement requires intrinsic motivation which requires mastery. Mastery, itself, is only possible if we are always improving and improvement occurs when peers help us see our shortcomings, expose our blind spots, and identify areas of development. Thus, constructive criticism is necessary for employee engagement.

If this is true, why do we barely see it.

Our evolution has primed us for threats including those that could result us in being ostracized from our community. With criticism, its not the message that hurts but the threat our brain associates with it: abandonment and exclusion from society. When you tell someone that their presentation was mediocre, the brain translates that into, "I am getting fired, will lose my friends at work, my quality of life will deteriorate and people will see me as a failure". Thanks Brain.

Our brain creates a fight or flight response to criticism resulting in anger, and threatening back to protect ourselves. We, having been on both sides of the fight, therefore avoid this confrontation and shy away from giving criticism.

The irony is captured perfectly by Evan Wittenberg, chief people officer of ancestry.com who mentioned on a podcast that,

" If you truly care about someone, give them constructive feedback (criticism) to get better and succeed"

Though we avoid criticism at work, we tend to be more comfortable with it in our families. Think about the people you most often challenge in your lives. Who are these people ? Usually, they are your family members: a brother or sister making, in your opinion, wrong decisions, a best friend who is going down the wrong path, or a partner who has made a fool of himself at a party. You are more likely to provide feedback to these individuals because you care personally about them and are willing to provide direct feedback to help them grow. The key to being able to give and get constructive criticism is to have strong relationships which start with caring personally.

A study published in the Journal of Occupational and Organizational Psychology showed that participants who received empathic concern, as they were given criticism, had a greater positive perception and evaluated the leader's behaviour as more effective than those who received no empathic concern. If the criticism comes from a place of good will and intent, and you express that intent, then people are more receptive of the criticism and hold greater value of you and your feedback.

Sharing your intent is not only important to building good relationship but it is critical to bypass people's natural defences. If you tell them that you are giving them criticism to help them be successful, to grow and to play a greater role in the community then their fears of being ostracized and abandoned will be defused and they will be more receptive to criticism.

Improve your relationship with your colleagues and employees by genuinely caring about their success and show that care by challenging them directly and provide constructive criticism to help them improve. This is also the thesis of Kim Scott's Radical Candor book where she emphasizes that by caring personally and challenging directly, you can foster better relationships and drive your colleagues to be their best self.

Feedback is essential for mastery and relationships and therefore, key to engagement. Praise and Criticism are two forms of feedback that you need to provide to your peers. Praise helps reinforce behaviours; criticism corrects them. Criticism is complicated and hard and can induce a fight or flight response. To avoid, start by caring personally, show that empathic concern by expressing your intent and challenge your peers to help them grow. In Part 2: A primer, we explore how to give feedback correctly, when to provide it, where should it be given and to whom you should give it.

Share this Article
The link has been copied!
Newer Article

How to give real time feedback 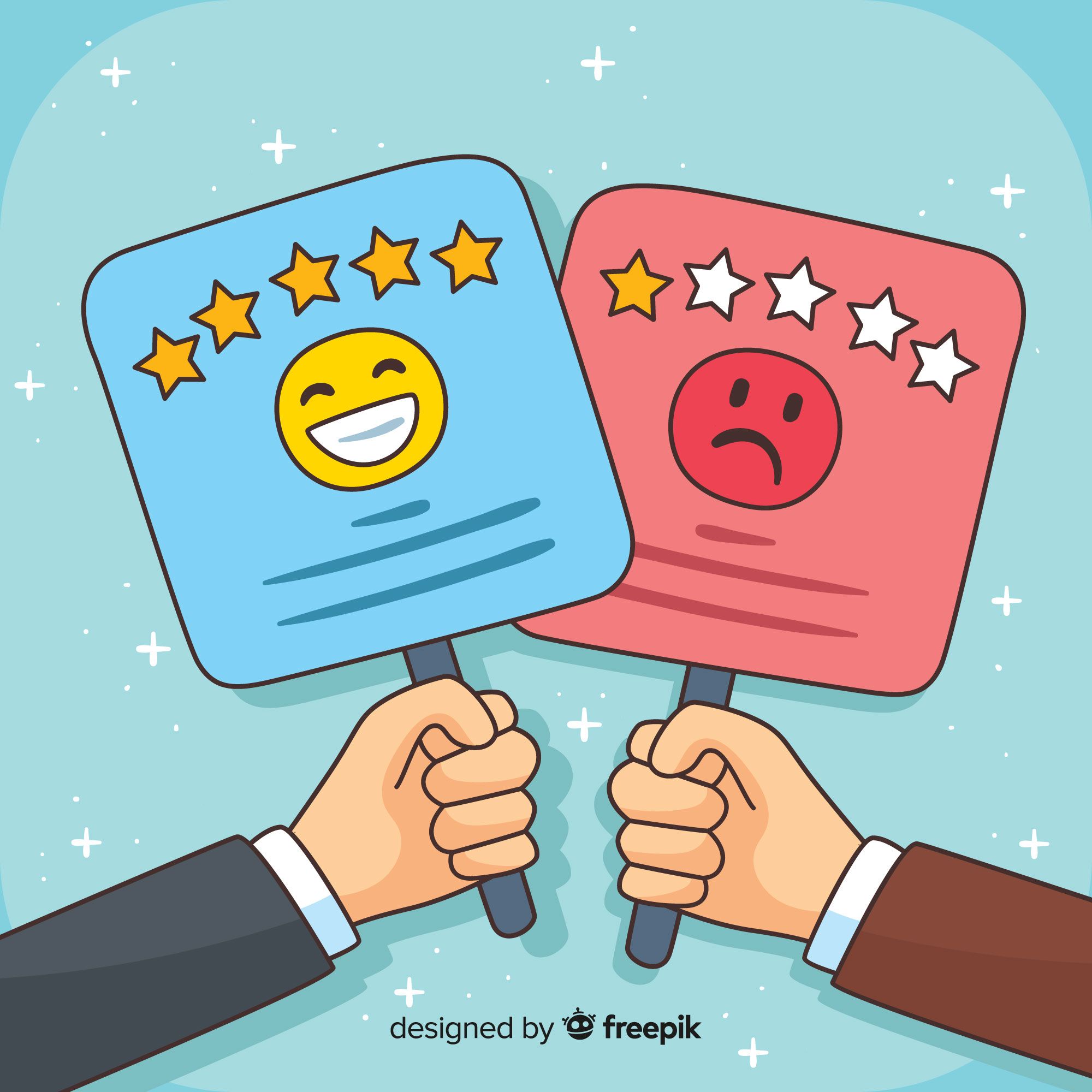 How to build culture by living your values 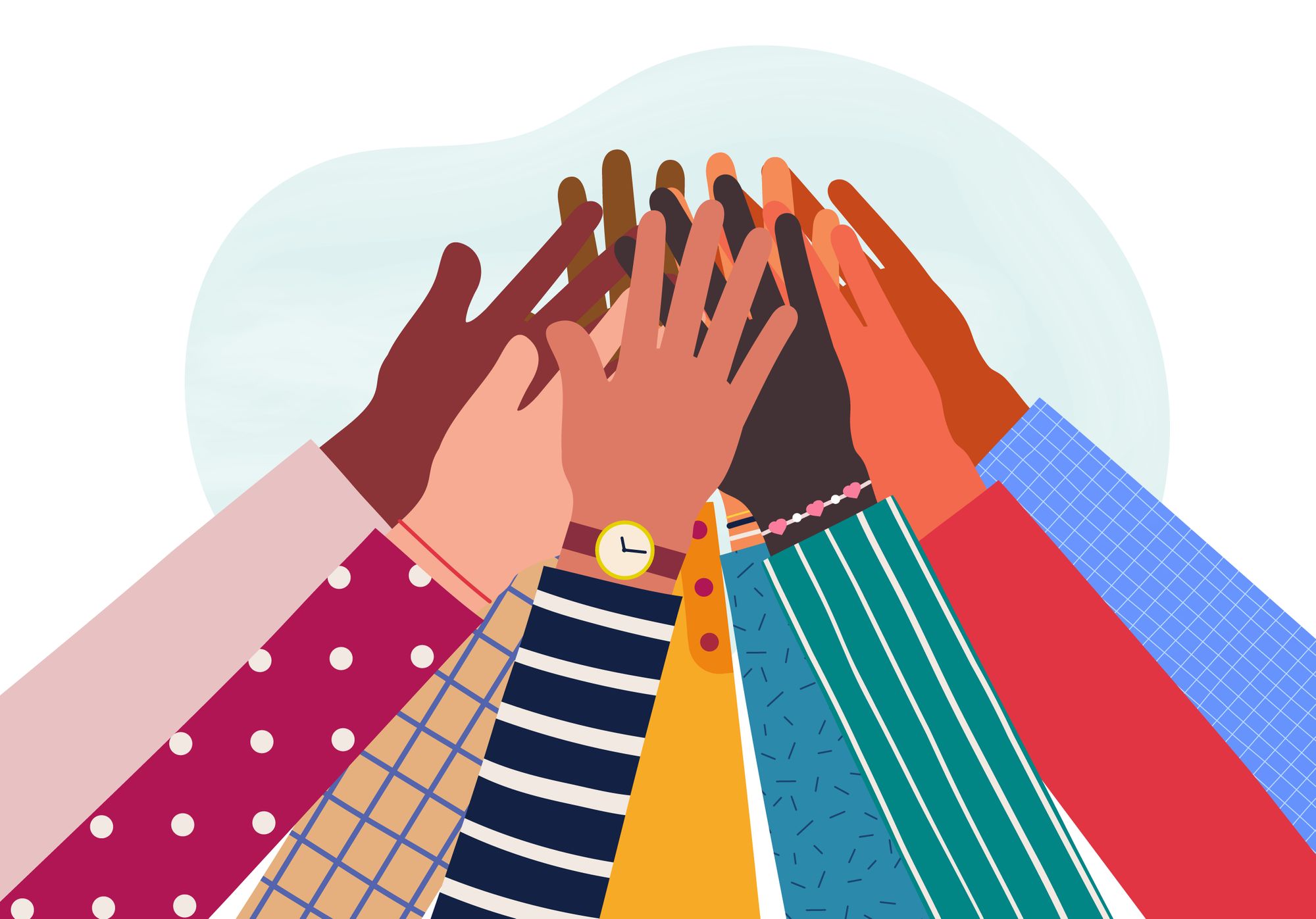 May we suggest a tag?

May we suggest an author? 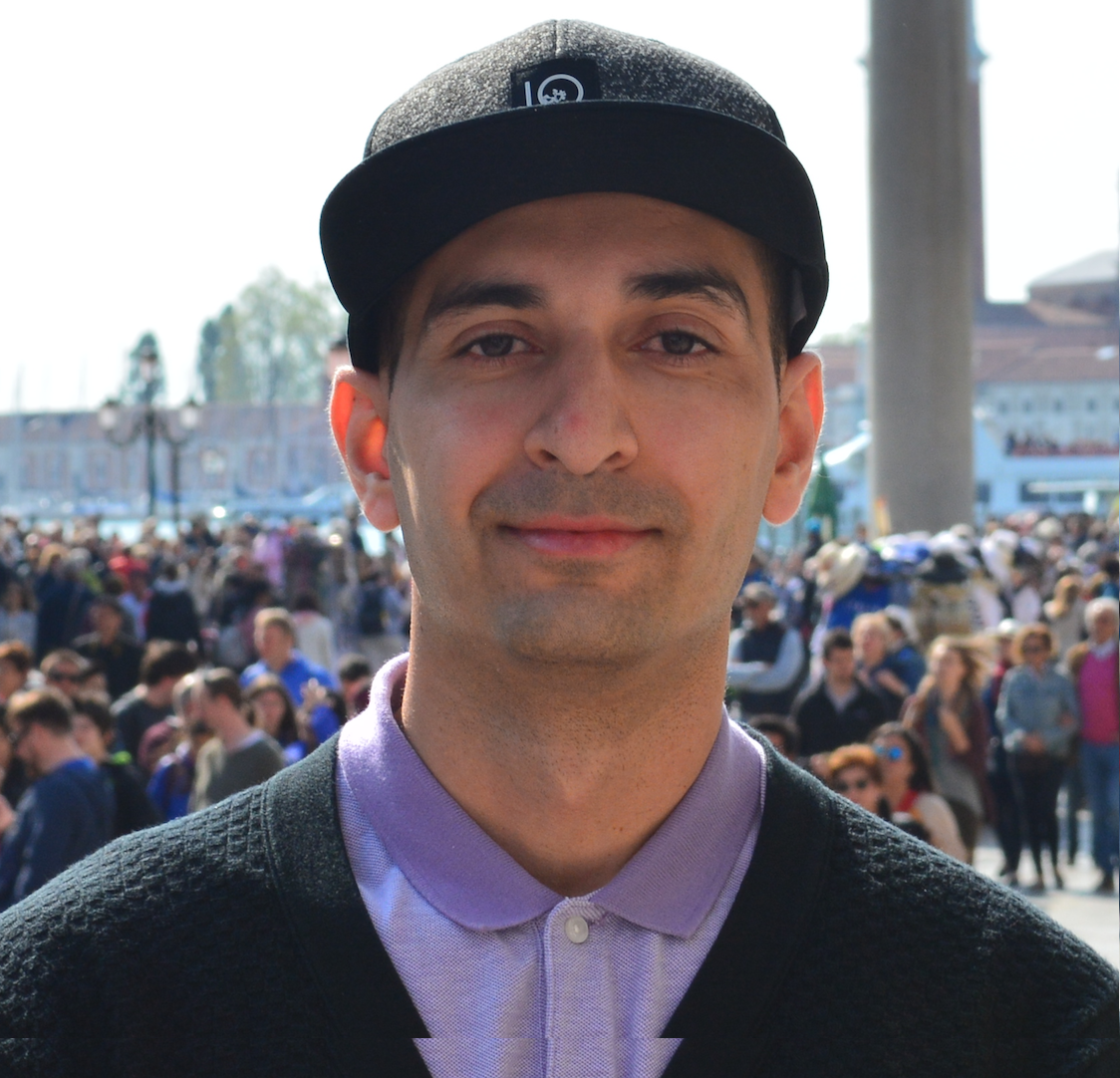 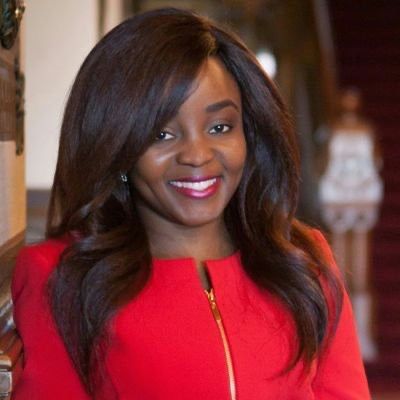